Distance: about 10 miles (16 km) there and back
Time: about 5 hours including stops
Elevation gain: about 3,950 feet (1,204 metres)
Difficulty: terrain: moderate to difficult; navigation: easy; fitness: moderate to difficult
Drive: 50 minutes (39.5 miles) from central Pasadena, east on the 210, exiting at Base Line Road for Mt Baldy Road, and on up to Manker Flats
Hikespeak describes the various routes and access options here
Modern Hiker and Hiking Guy both offer a circular route of similar length, descending via the Baldy Bowl trail

This was our first time on Baldy, the highest mountain in the San Gabriels at 10,069 (or possibly 10,064) feet (3,069 or 3,067 metres), and a frequent landmark on the horizon of many previous hikes. We chose the most popular route, taking in Baldy Notch and the impressive Devil’s Backbone. It was mid-November and the hot Pasadena sun made us come totally underprepared: we were freezing cold almost the whole time, and especially as we approached the exposed (hairless!) top of the mountain.

We parked at Manker Flats and (instead of taking the fire road west from there, as you’re meant to) walked up the road to the bottom of the ski lift (this does at least have the advantage of saving a bit of mileage, and when we did it the road was empty). Here we should probably have stopped at the shop and bought an expensive hat or gloves or a hoodie or something, but thought we’d manage. We got directions to a steep lane leading up from the far corner of the car park to join the fire road (the one that starts at Manker) that winds its way up to Baldy Notch. It took us about 50 minutes from the bottom of the ski lift to the top (2.3 miles / 3.7 km for us, or 3.3 miles / 5.3 km from Manker), enjoying pleasant unfolding valley views.

On the other side of the open space scattered with snow canons and snow ploughs behind the café at the top, you find a lookout point called Desert View, 3.2 miles (5.1 km) from the summit. The path traces north-northwest along the edge of the bowl, and about half an hour from Desert View you come to the top of a second chairlift (the unromantically named Chair 4, according to the lift map). Just beyond, the trail kinks further to the west and the backbone begins. After a proper vertiginous stretch, the trail curves round the west side of the mountain’s flank, and then there are stretches through lightly forested areas and across steep scree before the final tough approach to the bald peak, where the going gets rougher and the wind got merciless.

The summit was peppered with smugly wrapped-up people, and since it was bloody freezing and a wildfire was also starting in the wilderness to the north, we didn’t linger, but retraced our steps to one of the tree-y bits with a bit more shelter for a quick picnic before heading relieved but exhilarated back to warmer lower climes.

The first little shortcut up to the fire road from the car park: already steep enough! 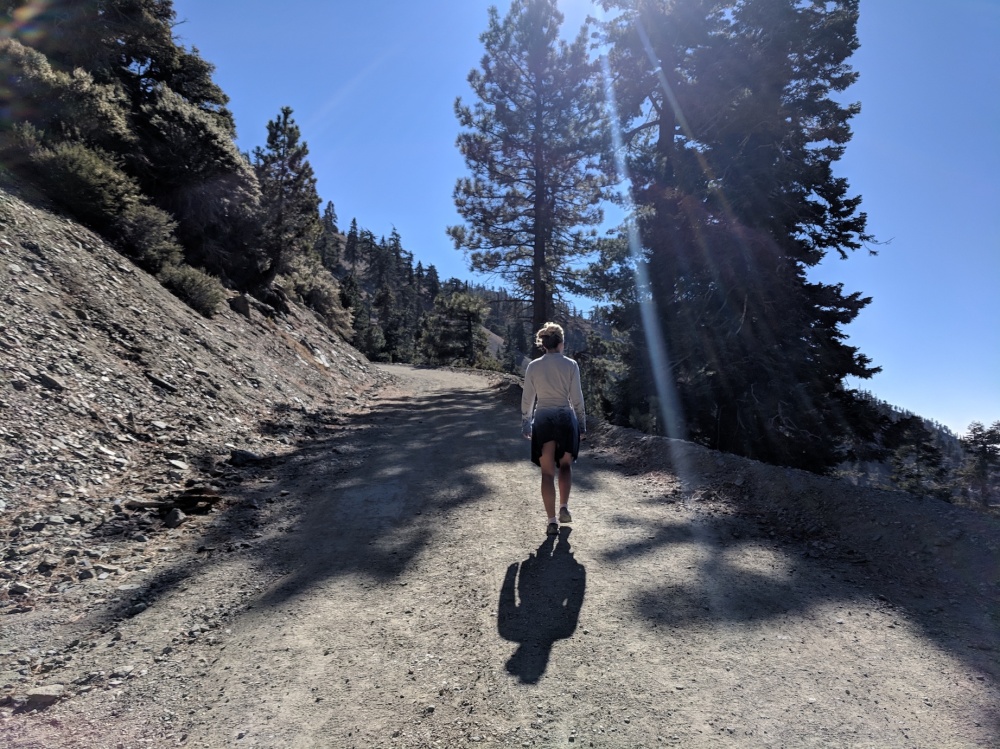 Views already opening up to the south.

Winding up towards the ski resort… 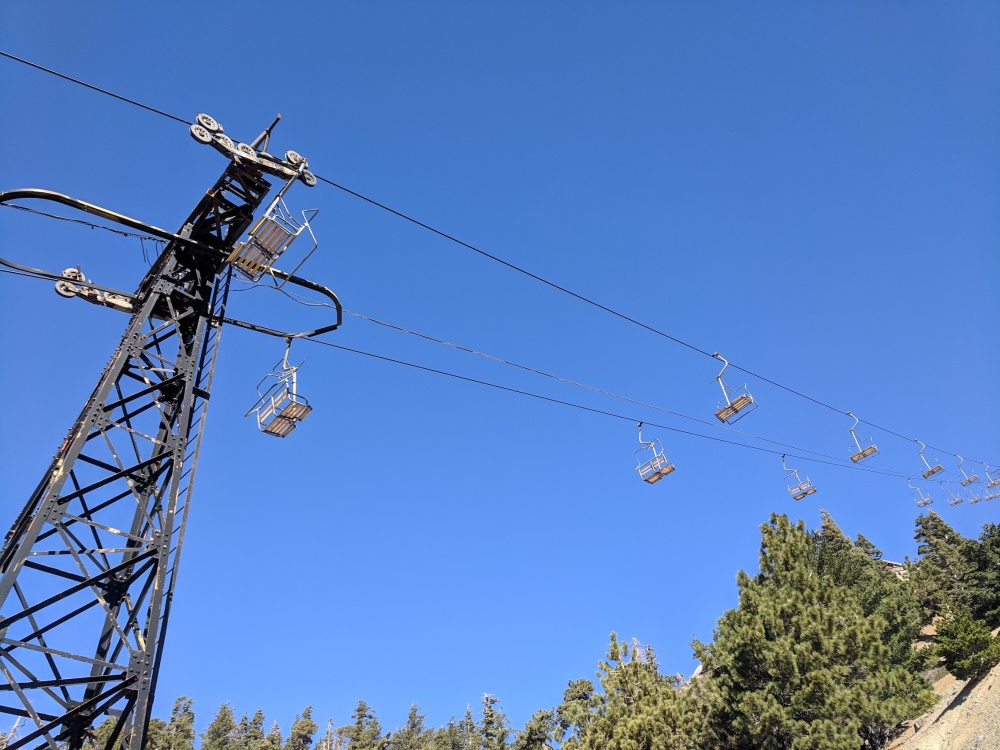 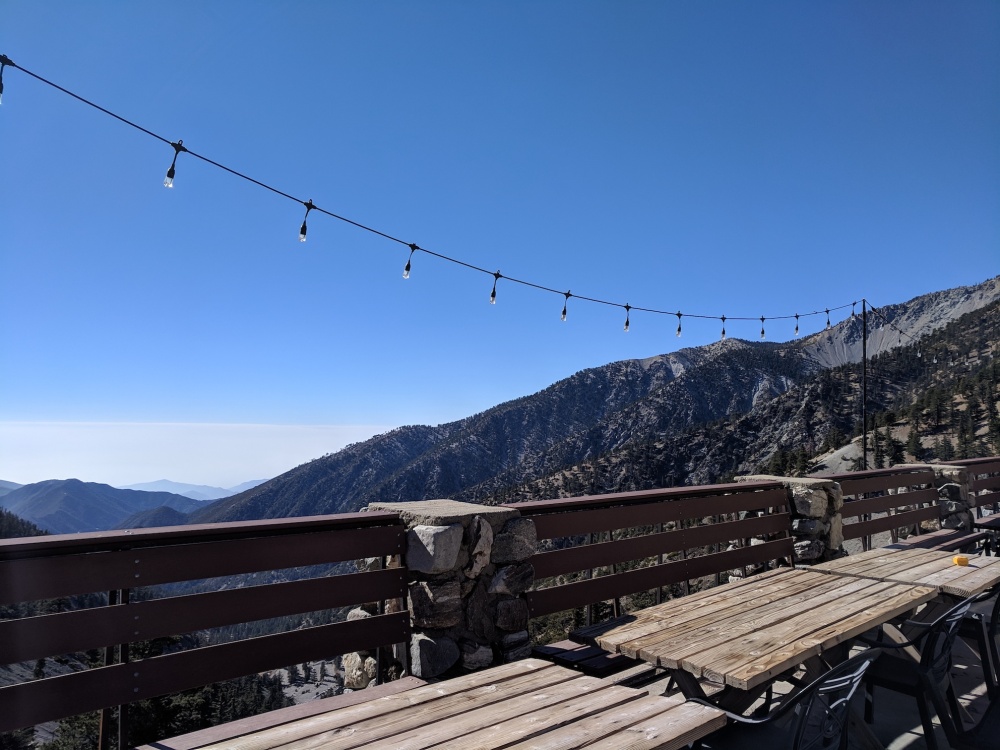 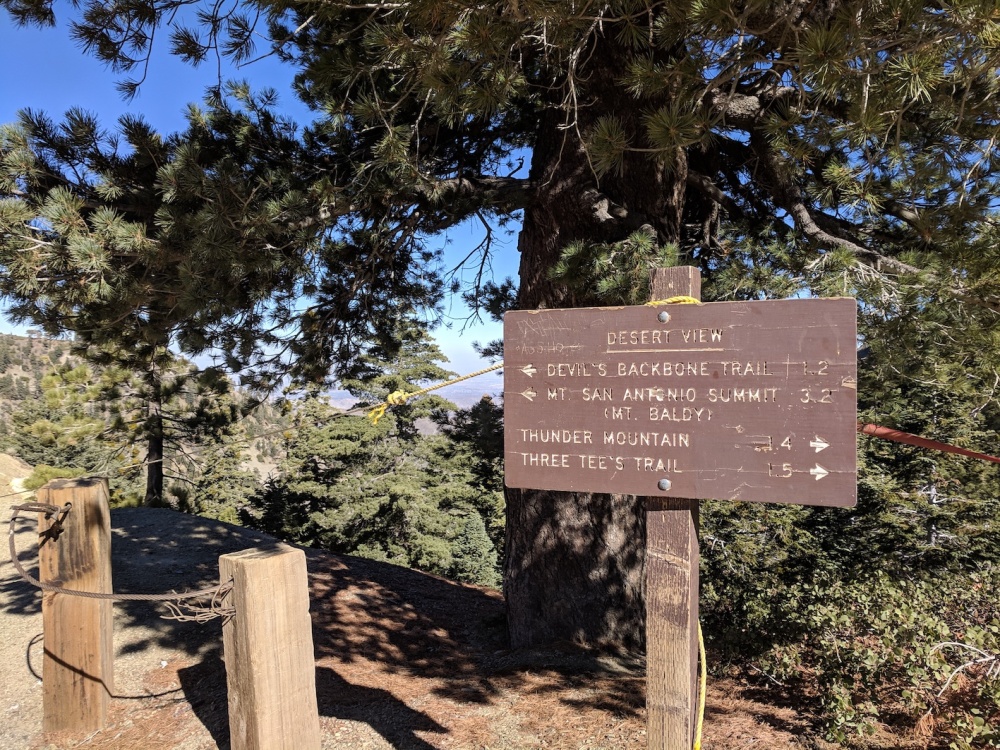 …and the desert view itself. 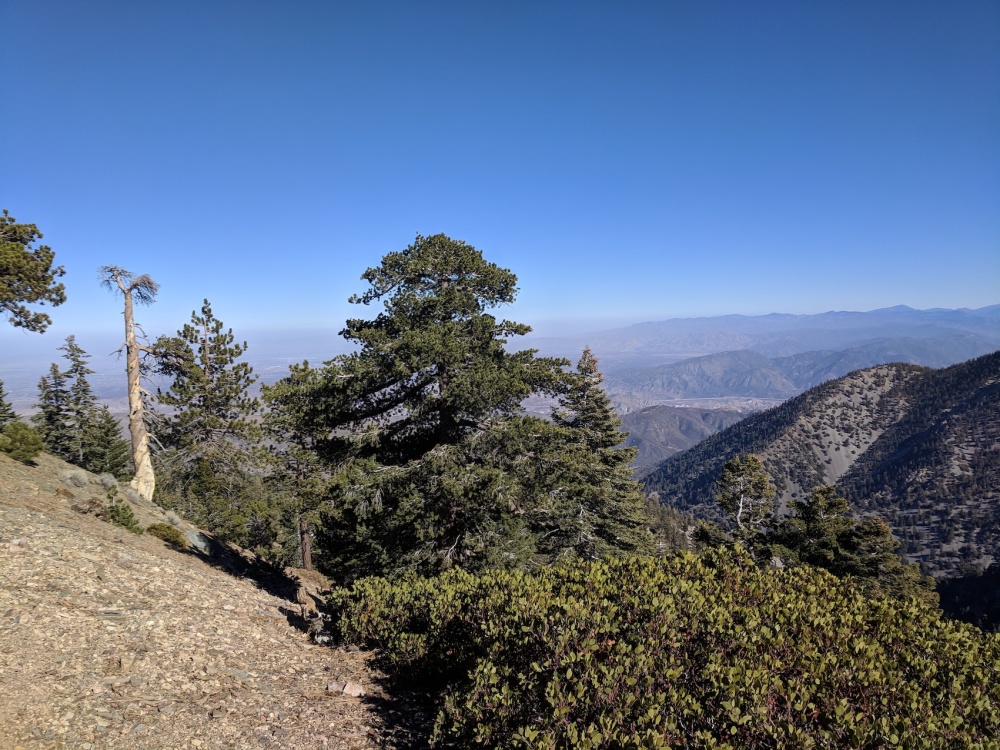 Is LA really down there?

First sight of the Backbone. 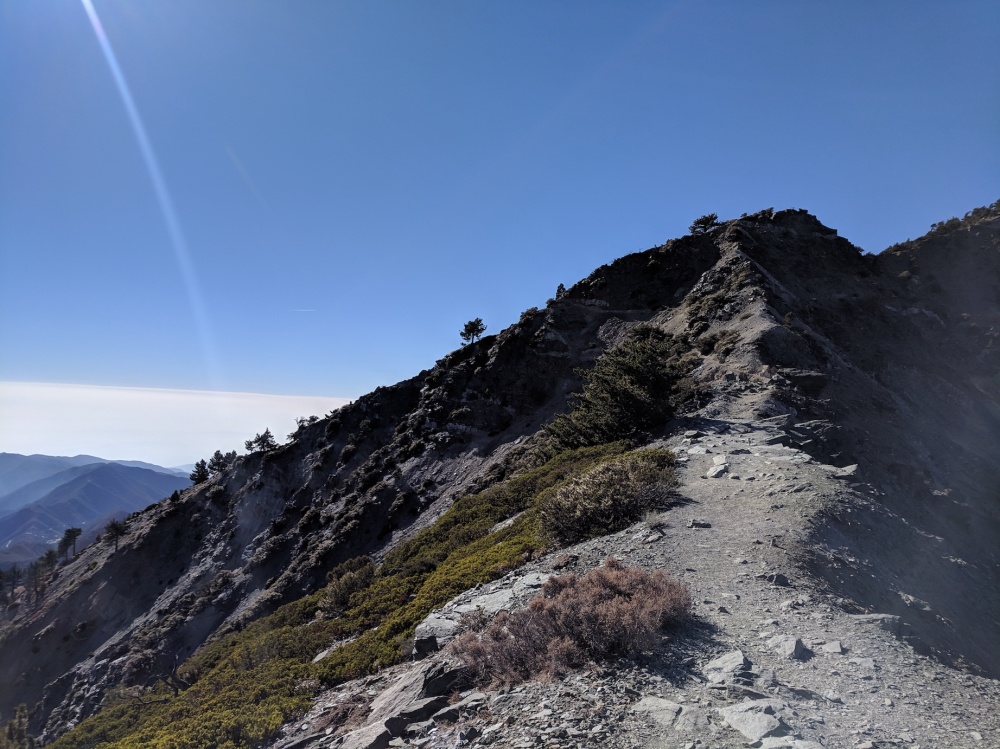 Some stuff to avoid.

Enjoying the westerly sun on scree.

Apparently the summit was so underwhelming and/or freezing we didn’t bother to record it. (It was impressive, just too infested with other humans. And freezing.) 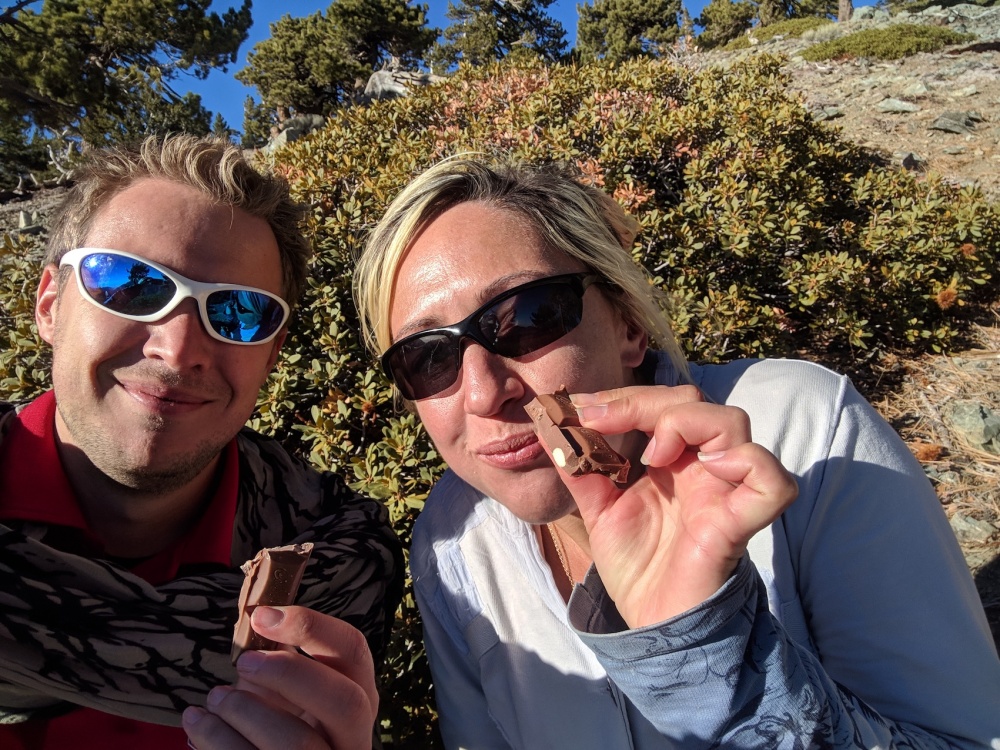 And that ever-elusive Los Angeles from the picnic spot.

Fun jogging down the piste back to the Notch.

For next time, maybe.

One thought on “Mount Baldy via the Devil’s Backbone”